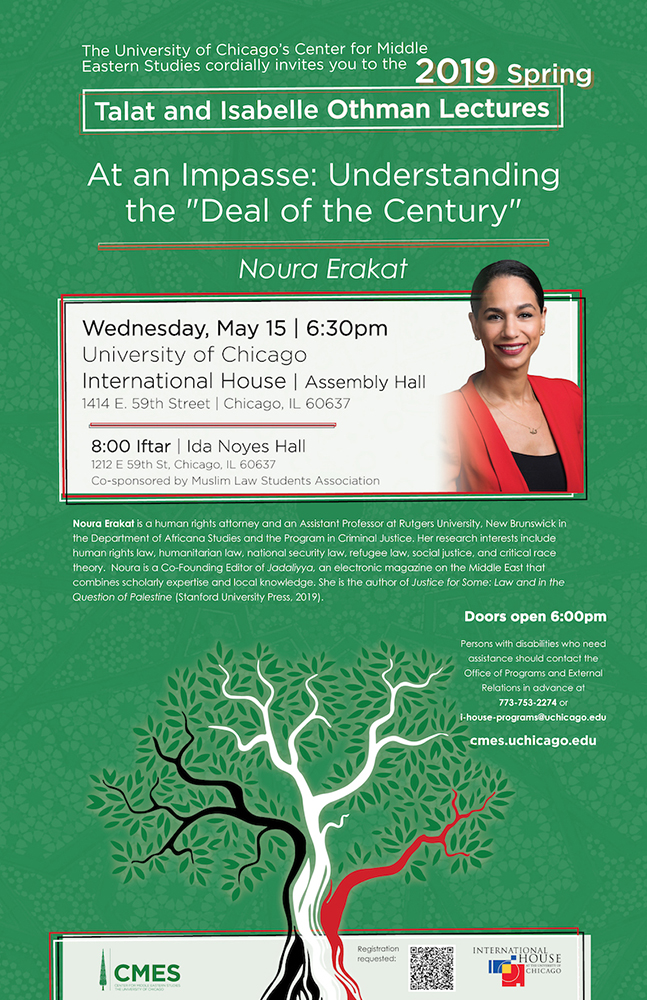 Noura Erakat is a human rights attorney and assistant professor at George Mason University. She has served as legal counsel to the U.S. House of Representatives and as a legal advocate for Palestinian refugee rights at the United Nations. Noura's research interests include human rights and humanitarian, refugee, and national security law. She is a frequent commentator, with recent appearances on CBS News, CNN, Fox News, and NPR, among others, and her writings have been widely published in the national media and academic journals. 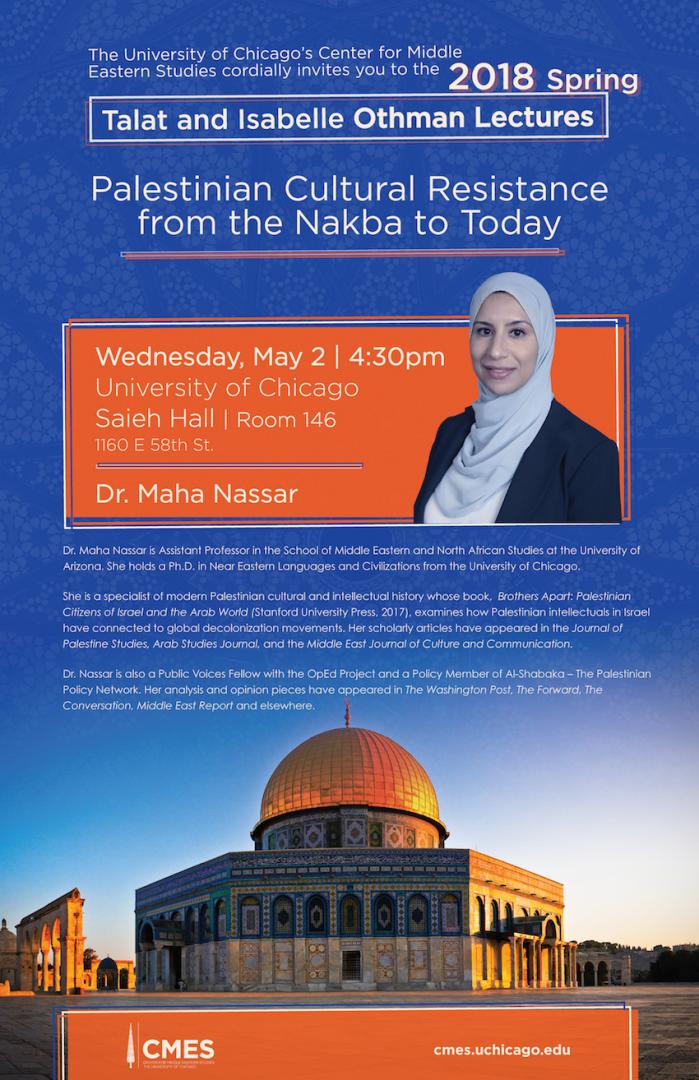 The Media, the Middle East, and the Myth of Sectarianism

Mehdi Hasan is the 'voice of the reasoned left' and frequent commentator on all things political. As the New Statesman's Senior Editor (Politics) he had a weekly column and a daily blog covering everything from domestic policy to the European crisis and the Arab Spring.

Now Political Editor of the UK edition of the Huffington Post, Mehdi has interviewed some of Britain's biggest names and leads debate on one of the online world's most influential forums. He is the author of Summer of Unrest: the debt delusion, in which he sets out to explode ten myths about deficits and public spending cuts, and he has also co-authored a biography of Ed Miliband.

Originally a TV news producer, Mehdi makes regular appearances on BBC 1's Question Time and The Big Questions, and is a guest presenter on LBC. He also contributes to the comment pages of The Guardian and The Times, and presents two shows on Al Jazeera English.

Jenny White is professor of anthropology at Boston University, former president of the Turkish Studies Association and of the American Anthropological Association Middle East Section, and sits on the board of the Institute of Turkish Studies in Washington, DC. She is author of Muslim Nationalism and the New Turks (chosen by Foreign Affairs as one of three best books on the Middle East in 2012); Islamist Mobilization in Turkey: A Study in Vernacular Politics (Winner of the 2003 Douglass Prize for best book in Europeanist anthropology); and Money Makes Us Relatives: Women’s Labor in Urban Turkey.

Professor White has been following events in Turkey since the mid-1970s. Her syndicated blog on contemporary Turkey was named by Foreign Policy as one of two blogs on Turkey that President Obama should read: http://kamilpasha.com/ 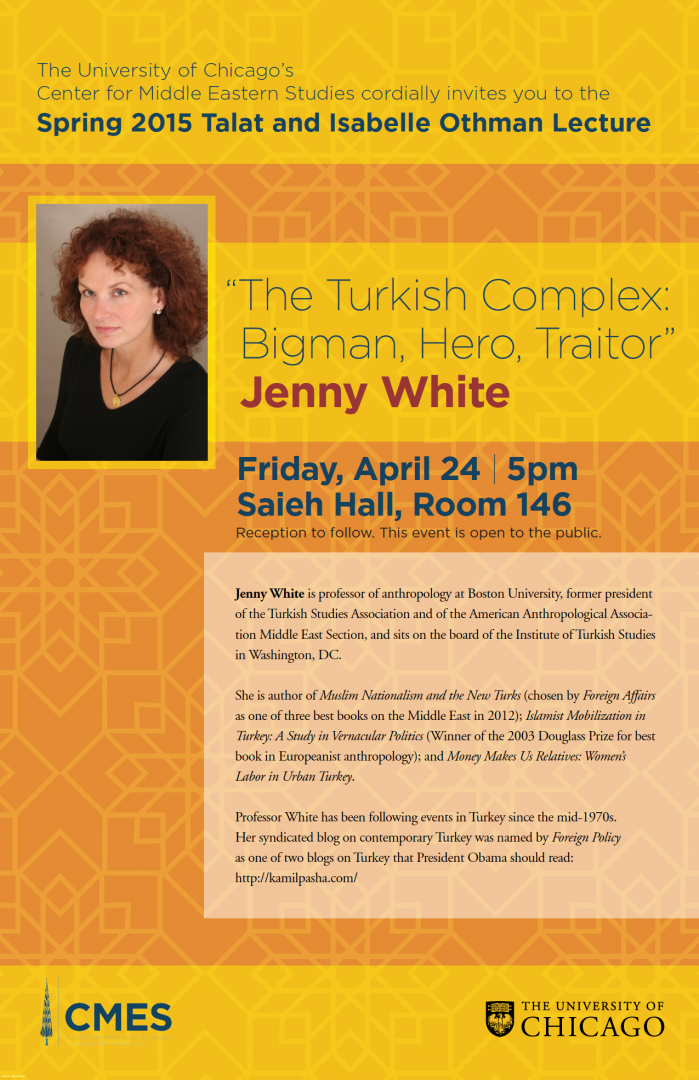 Iranian Intellectuals and the Iranian Revolution: Then and Now

Ali Banuazizi is Professor of Political Science at Boston College and Director of the Program in Islamic Civilization & Societies. After receiving his Ph. D. from Yale University in 1968, he taught at Yale and the University of Southern California before joining the Boston College Faculty in 1971. Since then, he has held visiting appointments at the University of Tehran, Princeton, Harvard, and Oxford University, Hebrew University of Jerusalem, and M.I.T. He served as the founding editor of the journal of Iranian Studies, from 1968 to 1982.  He is a past President of the Middle East Studies Association (MESA) and the International Society for Iranian Studies (ISIS), and, currently, Associate Editor of the Encyclopedia of Islam and the Muslim World.

Ali Banuazizi is the author of numerous articles on society, culture, and politics of Iran and the Middle East, and the coauthor (with A. Ashraf) of Tabaqat-e ijtima’i, dowlat va enqelab dar Iran [Social Classes, the State and Revolution in Iran] (2008) and coeditor (with Myron Weiner) of three books on politics, religion and society in Southwest and Central Asia. 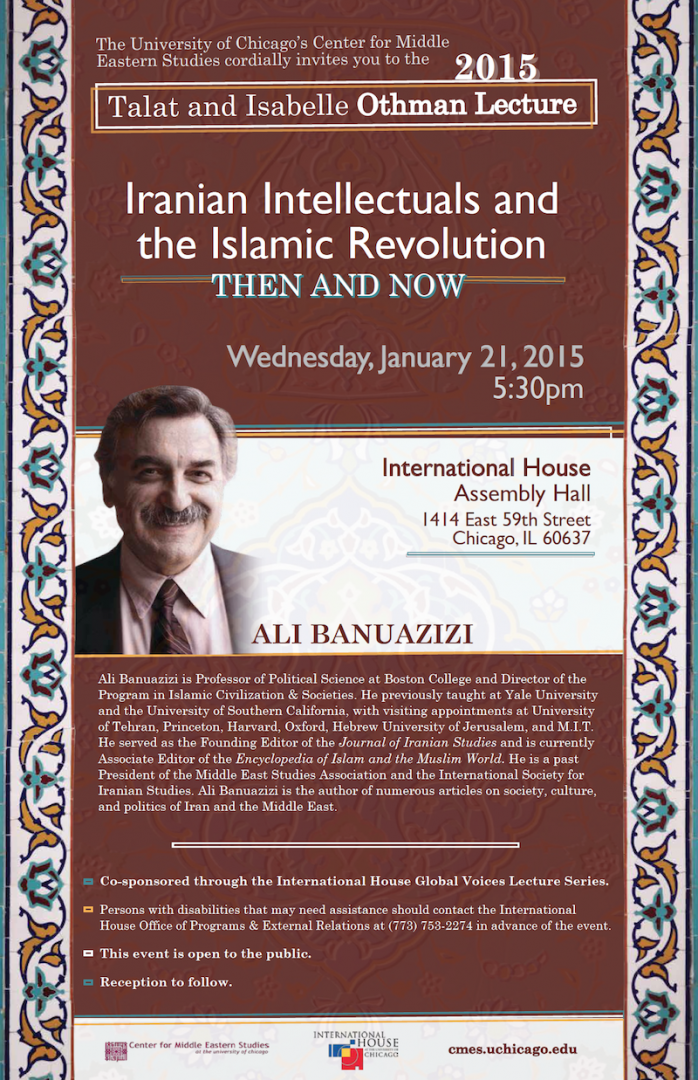 Egypt in Revolution: When All Is Politics and Few Think Seriously about the Parlous State of the Economy

Roger Owen was born and educated in Great Britain where he received a BA at Magdalen College, Oxford in 1959 and a D.Phil at St Antony’s College, Oxford in 1965. He then taught Middle East economic history and, from the late 1970s, Middle East politics at Oxford University until he came to Harvard as the first A.J. Meyer Professor of Middle East History in 1993. Professor Owen is author of: The Rise and Fall of Arab Presidents for Life (2012); Lord Cromer: Victorian Imperialist, Edwardian Proconsul (2004); State, Power and Politics in the Making of the Modern Middle East (2004); A History of the Middle East Economies in the 20th Century with Sevket Pamuk (1999); and The Middle East in the World Economy
1800-1914 (1981). 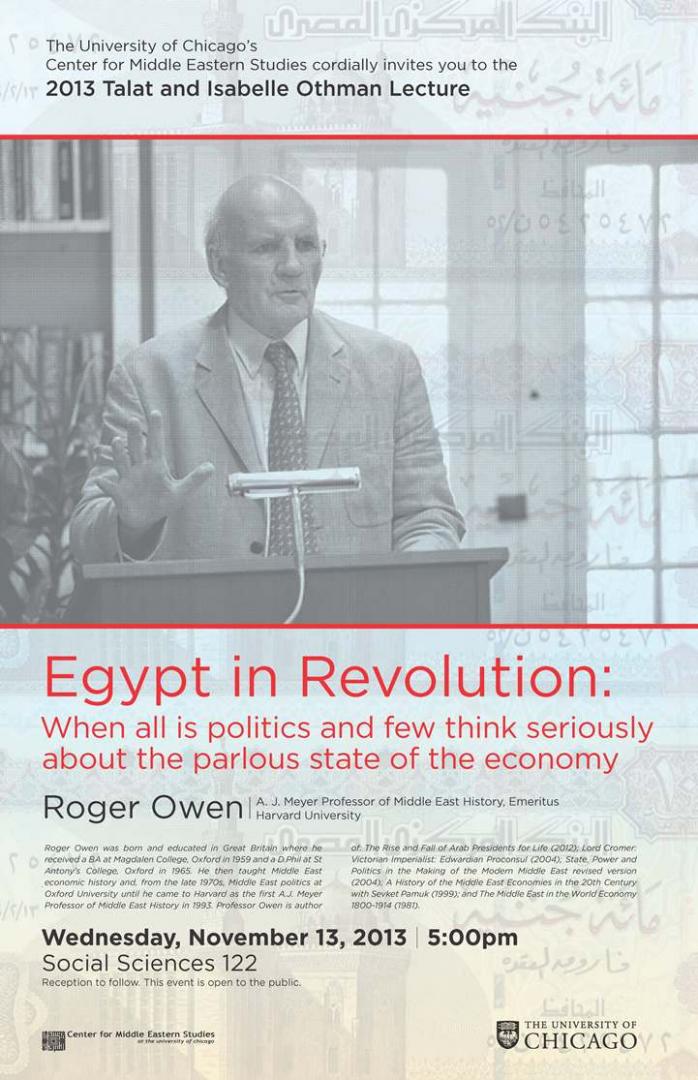 When Islamists Rule: Economic Policies between Ideology and Pragmatism

Ibrahim Warde is Adjunct Professor of International Business at The Fletcher School of Law and Diplomacy, Tufts University, where he teaches courses on Islamic finance, business in the Muslim world, and Middle Eastern politics. He has previously taught at the University of California (Berkeley, Davis, and Santa Cruz) and at MIT’s Sloan School of Management. Dr. Warde’s books include The Price of Fear: The Truth Behind the Financial War on Terror (University of California Press 2007), Islamic Finance in the Global Economy (Edinburgh University Press 2000, 2010), and Islam and Economics (Edinburgh University Press, forthcoming 2014). He is also a writer for Le Monde Diplomatique, and a Carnegie Scholar working on informal and underground finance in the Islamic world. 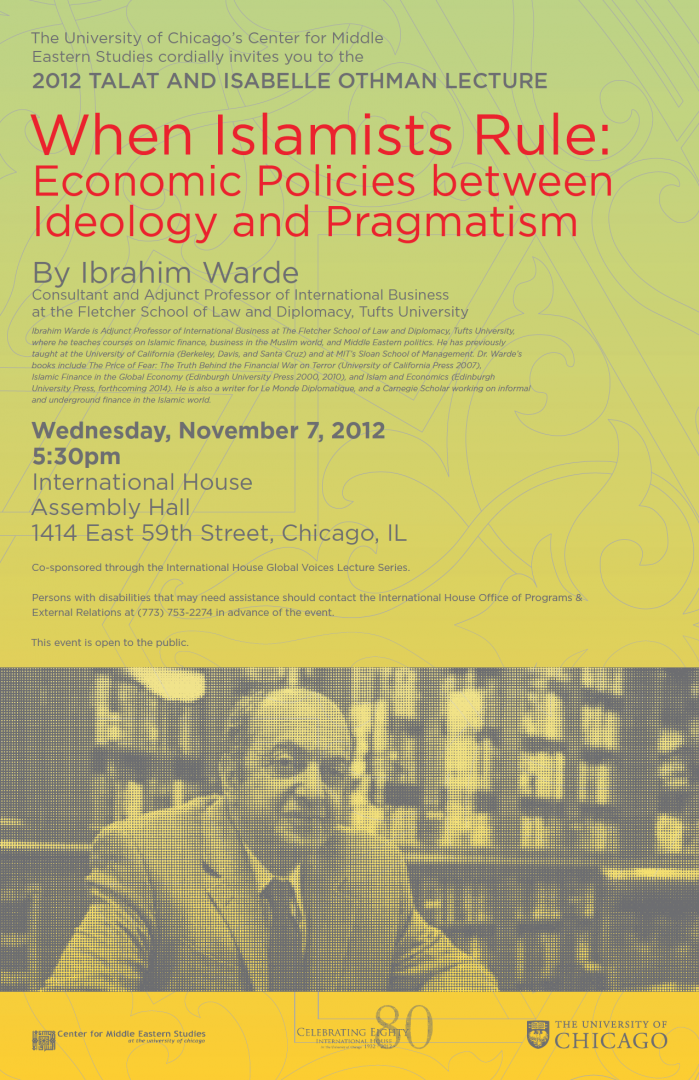 Polarized Politics And Erratic Economics: The Twin Drivers Of The Turbulent Arab Condition

Rami George Khouri is a Palestinian-Jordanian and US citizen whose family resides in Beirut, Amman, and Nazareth. He is the Director of the Issam Fares Institute of Public Policy and International Affairs at the American University of Beirut as well as editor-at-large of the Beirut-based Daily Star newspaper. He is an internationally syndicated political columnist and author. Mr. Khouri is a Senior Fellow, Dubai Initiative of the Belfer Center for Science and International Affairs at the J.F. Kennedy School of Government at Harvard University and in November 2006, he was the co-recipient of the Pax Christi International Peace Award for his efforts to bring peace and reconciliation to the Middle East.