Saaleh hails from a montane suburb in northern California. He earned his BA at Columbia University, where he studied postcolonial theory, Mughal and Ottoman history, and Sharia outside of Orientalism. He has also studied at a traditional Islamic seminary in South Africa, an institution that stressed precolonial forms of pedagogy. He studied Arabic, Urdu, Hanafi legal theory, Quranic exegesis, prosody, the theory of Hadith, logic, rhetoric, grammar, and substantive law. At CMES, he has directed time to a study of Turksih, Persian literature, and Mughal historiography. Broadly interested in the long arc of the 18th century, Saaleh seeks to explore how the Mughal sultanate fragmented epistemologically and politically amid the rise of the British. His project aims to interlace Mughal political historiography with theology and an anthropology of the Sharia courts in Mughal India, as a way of reflecting on the present condition of the human to unravel new horizons to understand the world, situating Islam not simply as a fossilized tradition, but an ethic that might speak to all of us. 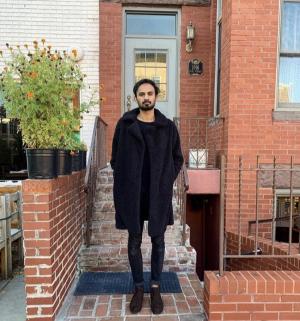