Apollo hails from the DC metropolitan area and grew up in a multicultural, multi-religious household. In 2019, he graduated with a BA from St. John's College. During this time, he did comparative translation work in both French and Attic Greek; each langugage teaching him a unique perspective on the relationship between culture and linguistics. Post-graduation, he opted to take a gap year working as an astronomer at the United States Naval Observatory. While at CMES, Apollo hopes to be able to pursue his interests in the mythology, arts, and sciences of ancient Mesopotamia, studying both Akkadian and Arabic to aide him on this path. After completing his MA, Apollo intends to pursue a PhD to continue his education and eventually become a professor of ancient Near Eastern history. 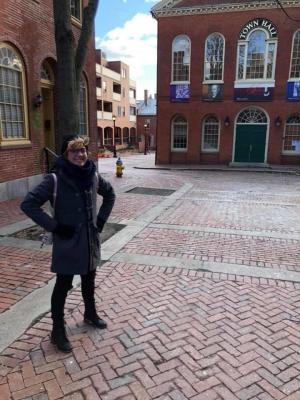