We were all troubled, like many Americans and concerned citizens across the globe, by the images we saw coming from Charlottesville, VA. In CMES, we teach classes on the modern Middle East, and how WWII profoundly affected the region, whose countries became actual battlefields (especially in North Africa) and whose elites were influenced by the competing ideologies of democracy, social democracy, socialism, communism, fascism and Nazism.

Much has been written on Middle Eastern and Muslim leaders who sought collaboration with the Axis powers, partly mesmerized by Germany's speedy economic and military recovery under Hitler and partly believing that "the enemy of my enemy is my friend," namely that collaboration of Arabs and Muslims with the Germans and the Italians would help Arabs and Muslims fight British and French colonialism and imperialism.

However, in recent years, a new wave of scholars has underscored the significance of groups who resisted fascism and Nazism in the Middle East. Who were these groups? Some were democrats and liberals who feared the Nazis' disregard for human life and human rights. Since part of the Middle Eastern elites were educated in France, many intellectuals bemoaned its fall, the humane cultures it represented, and the bleak future that anticipated Europe after its occupation by Germany. Arab intellectuals also reminded readers that German anti-Semitism was directed against Arabs as well. It continued a long tradition where Arab writers took pride in their Semitic origins and Semitic contribution to world civilization. Egyptian writers in particular, terrified by the conquest of Ethiopia by Fascist Italy, feared that they were next in line. The 1930s and 1940s marked the rise of the Arab left and many an Arab socialist and communist condemned the German regime, especially after the entry of the USSR to the war. There was also a political camp that still supported collaboration with the French and British and many other Arab writers who argued that it would be a fatal mistake to replace the older colonialism with the much more horrid form of German and Italian colonization.

Finally, Muslim scholars, Sunni and Shi'i alike, argued that Fascism and Nazism were inherently contradictory to Islam. These Western regimes and ideologies, with their deifying the state, with the preference their leaders and ideologues gave to ethnicity and purity of blood over ethics, with their admiration of power, and with their conquest of Muslim subjects in the name of racial superiority, contradicted the Islamic religion whose foundations centered on the unity of God, underlined the preference of faith over ethnicity, and celebrated mercy and compassion. Scholars have likewise documented the many Muslims, in North Africa, Albania, Turkey, and Iraq, as well as the foreign Egyptian, Palestinian, Iranian and Turkish diplomats and subjects residing in Europe, who provided help to Jews fleeing death. Such behavior gives us much hope in this day and age.

On Palestinian views, and on the Palestinian leftist Najati Sidqi, his involvement in the Spanish Civil War and anti-Fascist activities:

​Diplomats and Muslim subjects in Europe who assisted Jews:

Albanians who saved Jews in Europe: 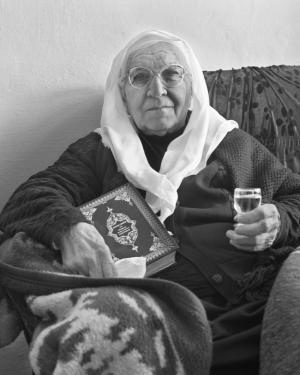 Lime Balla, an Albanian Muslim and one of the Righteous Among the Nations honored by Yad Vashem, Israel's official memorial to the victims of the Holocaust.